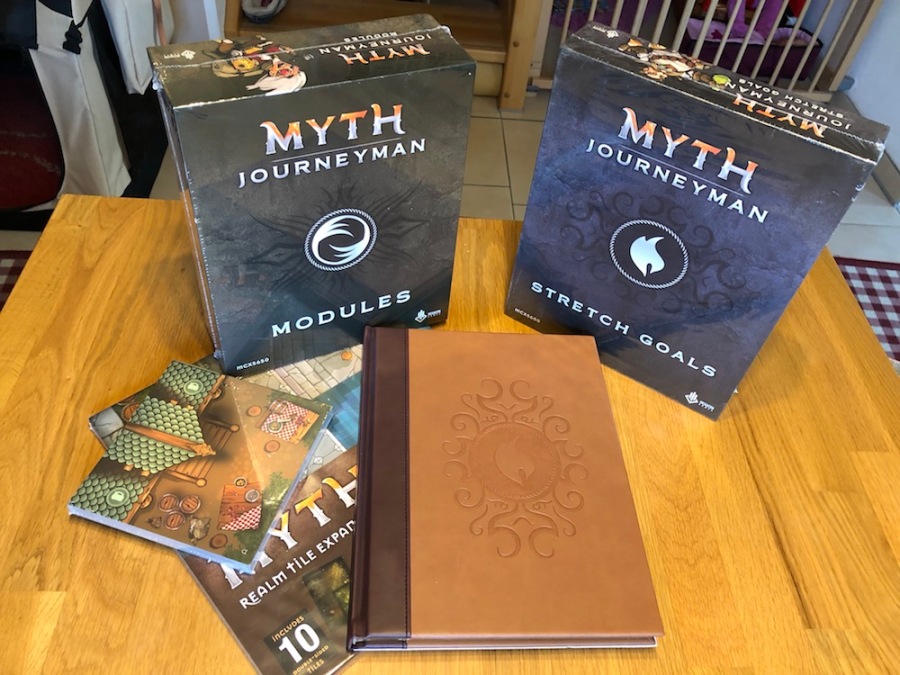 Back in March 2015 I backed the Myth: Journeyman Kickstarter, which is the expansion to the original Myth Kickstarter from from April 2013, both my Megacon Games, formerly Mercs Miniatures. I liked the base game so much that I used the Journeyman Expansion to fill on all stuff I had not ordered in the original Kickstarter. Basically Myth is a Dungeon Crawler like Descent or Hero Quest but is fully cooperative and the Opponents are moved by the game rules depending on the Type of Enemy (some act on instinct, some more intelligent).

Sadly the delivery took some years, Megacon had some issues with logistics (among other things) and finally sold the IP to Ulysses North America. But I still like the game and was very happy when wave 2 finally arrived at my doorstep with (nearly) all the printed material. Wave 3 will have all the Miniatures, but that will be a long time from now.

So I will read the beautiful Limited Edition Hardcover Rulebook, sort through the cards and go for some games in the near future. And the several story modules in the very big box on the left will be good for a LOT of gaming time! And I hope to write some more details for you to read. But I don’t want to make any promises!